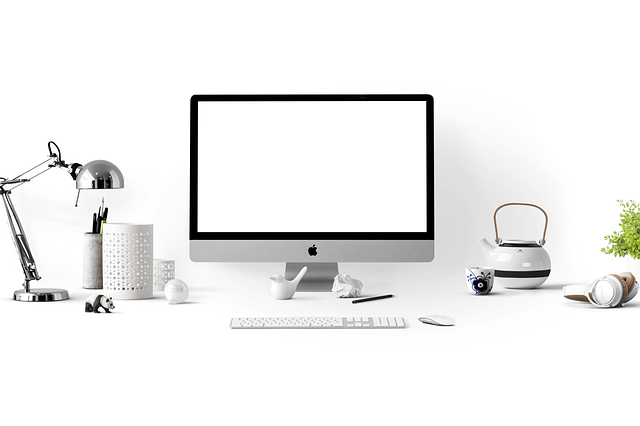 Apple, which aspires to be a hotshot tech business, wants to give its customers privacy. However, it would welcome the opportunity to earn a little extra money.
The Apple App Store updated its policy in early 2021, reducing apps’ ability to follow users without prior knowledge, making targeted advertising more difficult.

Companies like Facebook and Google are likely to spend less time eavesdropping on our iPhone activity. However, there was a surprising (at least to us) upside for Apple as well. According to numerous analytics firms and advertisers, Apple’s App Store business increased after the policy change was adopted.

According to one analytics firm, Apple increased its share of sponsored app store downloads from 17 percent to 58 percent in the last six months. Advertisers reported paying more on Apple advertising than on Google. Apple’s revenue from this segment is likely to grow.

Advertisers may gain real-time data and retargeting capabilities from Apple ads that they can no longer get from Facebook – something that Facebook can no longer provide advertisers.

If all of this commerce and advertising is too much for you, there is a simple takeaway: Apple is wealthier because they safeguard their users’ privacy. What’s the aim of this? Outside advertising will appear less frequently in App Store feeds, giving Apple more space to house its own adverts.

Mashable submitted an email to Apple, but never received a response. According to Apple, this new policy is intended to protect users rather than “benefit” Apple!

Lotame, a digital company in the advertising market, stated that the platforms lost 12% of their revenue, or $9.85 billion, in the fourth and third quarters of 2021.
App makers must now grant tracking authorization under updated iOS App Store standards. Apps cannot track users who opt out of tracking since April.


According to a research published on Sunday, Facebook has the most to lose because its advertising prices have been rising for years. Because of Apple iOS’s policy, the vast majority of users have opted out, leaving advertisers unsure how to target them.

As a result, advertising spending at Snap, Facebook, Twitter, and YouTube has been reduced in favour of redirecting revenue to Android phone users and Apple’s own burgeoning advertising company.
According to Snap, its advertising is mostly related to smartphones, which has the greatest impact on its business.

According to Facebook CEO Mark Zuckerberg, Apple’s adjustments will have a severe impact on our company, as well as the economy and small companies in an already challenging time.
Facebook has been brutally critical of the iOS 14 changes since they were introduced a few months back.

Facebook COO Sheryl Sandberg stated in an interview that the advancements in iOS 14 have been most advantageous to Apple’s advertising business.

Before iOS 14.5, the developer community had access to a wide range of methods for tracking user data.

Advertisers could discover elements of a potential consumer and sell this information to other organisations and businesses searching for specific marketing categories to target by combining this data with comparable data from around the web.

Previously, developers have mostly been able to collect user data through an Apple-controlled mechanism known as Identifier for Advertisers (IDFA), which has been in existence for than a decade. There are other third-party tools and approaches accessible.

Apple wants its customers, who pay more for its iPhone, to be able to completely block tracking. But Google executives suggested that Apple has made privacy a privilege for those who can afford its products.

On Apple gadgets, in contrast to targeted promotions on the Google network, ads can only be partly related to a person’s interests. If you don’t want these apps to receive interest-based ads from Apple’s advertising platform, you can turn off personalized ads to prevent your Apple ID from

Apple’s new policy will limit the company’s ability to measure the effectiveness of iOS 14 app installation activities on Facebook. Specifically, Apple will begin to require apps that participate in what Apple calls “tracking” in the App Store to display prompts to iOS 14 users based on its AppTrackingTransparency framework.

Within a few weeks of launching the feature, only 4% of US iPhone users agreed to allow apps to follow them after updating their devices. The reason Facebook can’t see all the changes is that Apple’s recent changes to its iPhone software and the introduction of new data restrictions have allowed developers such as Facebook to reduce information from devices.

Facebook clashed with Apple because it was prohibited from using the system to distribute its data collection applications to consumers outside the company. If Apple truly cared about personal data, the company could take any number of steps to keep privacy violators away from its platforms and customers.

Apple will inevitably begin to enforce the privacy requirements it has introduced in its ecosystem, which means that developers trying to avoid or disguise those protections must wait for action, including removal from the App Store.

Statement after statement, and for all recurring software and product releases, the company makes it clear that it believes privacy is essential to realizing the potential of digital transformation.

In August, the company explained how it is working to adapt its personalized ad business in light of Apple and Google privacy changes and new regulatory frameworks, but that effort will take time, he said.

Previously, How Did Apps Tracked Ads On iOS?

According to the firm, its apps will follow the new guidelines, and Apple’s first-party apps are already not tracking users across various apps, so you won’t see it on Apple’s apps.

Apple, on the other hand, uses some of those recordings to provide tailored adverts in its App Store, Stocks, and Apple News applications. For delivering adverts within its app, the corporation uses mobile device kind, operating system version, location, keyboard language, and carrier details, among other things.

Customers are also segregated based on previous purchases and account information in order to improve ad targeting on such apps. Apple does not associate the data with any other third-party profiles, does not sell that information and only utilises it within its apps There is also a setting under “Settings > Privacy > Apple Advertising” that allows you to deactivate this tracking.

Are Companies Able To Track Me In Any Case?

Developers are unable to access apps if customers reject them because Apple disables its own IFDA mechanism on an operating system level. When it comes to another method of identifying consumers, the corporation is likewise expected to respect your preferences.

If they do try to skirt the regulations, Apple says they will face the same penalties as any other developer who violates the App Store terms of service.

With Apple’s transparency in iOS 14.5, apps need to ask users’ permission to track their targeted advertising campaigns. Apple’s App Tracking Transparency was launched earlier this year, requiring developers to ask users if they want to be tracked by the app.

On the surface, this is a positive shift and an important step for Apple in making both consumers and developers aware of privacy rights and responsibilities, says Emma Bickerstaffe, senior analyst at the Information Security Forum, London-based cybersecurity, information security and risks control.

Apple will expect developers to be open and honest about the data they want to collect and how they intend to utilise it. Last week, Snaps’ CEO also stated that Apple’s ATT system has had an influence on Snapchat’s revenue.

He said that the iOS move will compel certain apps to switch to in-app purchases and subscription fees, potentially reducing Apple’s revenue by up to 30%. To display advertisements to iOS 14 users, you can utilise your existing advertising account, but owing to Apple SKAdNetwork API reporting limitations, you must build a separate iOS 14 app install campaign.

Some advertisers said Facebook’s conversion reports were questionable, in general, not just for app install campaigns since Apple’s iOS 14.5 update.

Facebook has long warned advertisers that Apple’s new privacy features, which keep mobile users from being tracked through their iOS apps, could cause issues with its ad targeting business as usual, and he has warned on numerous occasions that Apple’s actions will have an impact on small businesses who rely on Facebook ads to reach their clients.

Facebook CEO Mark Zuckerberg recently stated that the corporation may gain from this development. According to Jennifer King, a privacy and data policy scientist at Stanford’s Human-Centered Artificial Intelligence Institute, whether Apple’s new privacy pop-ups make a significant influence will be determined by how well consumers comprehend what they imply.

According to him, the adjustments also reveal whether a company truly need such aggressive ad targeting techniques.

These changes, which are set to go live soon, will give individuals greater control over how their data is collected and used by third-party apps, perhaps producing friction between Facebook and small app developers that the firm does not take into account.

When Apple users’ privacy settings were modified, it was a welcome development. Even so, Apple is still being investigated for potential monopolistic actions, which adds to the mystery.

Even if it wasn’t Apple’s (public) objective to make things more difficult for its competitors while increasing its own revenue, we’re confident it doesn’t regret the consequence.

Neha Singh is the Founder & CEO of Securium Solutions with a demonstrated history of working in the information technology and services industry. She is skilled in ECSA, Vulnerability Management, Security Information and Event Management (SIEM), Management, and Business Development. She loves traveling and trekking.