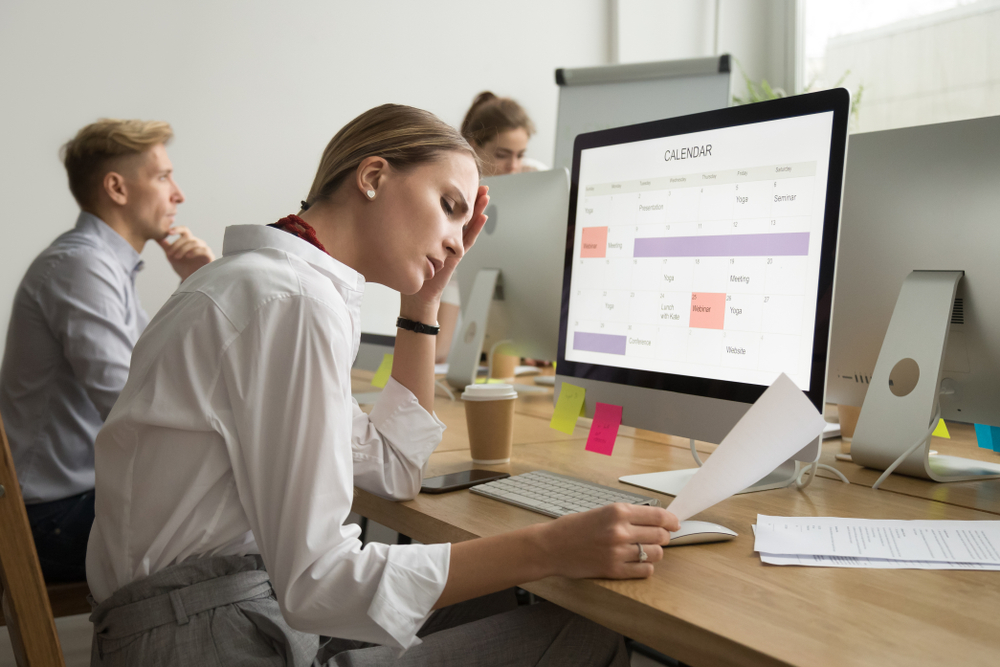 Generally speaking, it is illegal for an employer to dock pay for mistakes. However, It is legal for your employer to dock pay for mistakes in some states such as Alabama. While, in other states, such as Kansas, the practice is forbidden. Other than the specific state law, the other consideration would be extreme circumstances such as negligence, lost or stolen property, or dishonesty. Read on to learn more about the circumstances regarding docking(source).

Can You Be Docked Pay For Being Late?

The answer to this question depends on several factors. First, it depends on whether you’re part of a union contract or employment agreement that does not allow for docked pay.

If you are an exempt employee, an employer must follow FLSA regulations if your salary is docked. This means that if you are docked for being late, it must be done on a day-by-day basis.

However, the United States Supreme Court held in Auer v. Robbins (1997) that if employers docks the pay of an exempt employee for less than a full week for a disciplinary reason or create an employment policy that shows that there is a considerable chance that such will occur, the salary requirement to make the employee exempt is not fulfilled, and the employee is not considered exempt.

Then, the employer would need to consider the minimum wage requirement if they docked pay for tardiness.

Can You Dock Pay for Poor Performance?

Before docking an employee’s pay for poor performance, it would be beneficial to discuss the matter as well as ways to resolve it. It is also important to have a written policy that explains the poor performance policy and that the pay docking policy is made in full day increments if they are exempt employees.

Employees who are nonexempt may also have their pay docked for poor performance as long as their hourly pay does not fall beneath minimum wage.

Is Docking an Employee’s Pay OK?

Under certain circumstances, it is okay in most states to dock pay of an employee. The key for employers lies in whether an employee is exempt or nonexempt under the Fair Labor Standards Act.

In some states, such as Alabama, employers can dock an employee’s pay for any sort of mistake because there is no law that prevents them from doing so. The only stipulation is that the employee’s pay may not be docked to the point that they make less than minimum wage.


Must be Approved By Employee

In other states, such as Arizona and Maryland, employees may only have their pay docked for mistakes if they agree to this in writing. This agreement would most likely take place in the form of an employment contract or when an employee signs the employee handbook stating that they agree to the policies within it.

Must be Approved By Labor Commission

In states like Connecticut and Indiana, employers can only dock the pay of employees for mistakes that are approved by the labor commission. This prevents employers from potential abuse of power.

In many states, such as California and Kentucky, employers may not dock pay for mistakes unless an employee meets an exception such as damaged property belonging to the employer, gross negligence, or dishonesty. These incidences must be intentional on the part of the employee.

Not Allowed At All

Some states, such as Kansas and New Jersey, do not allow employers to dock the pay of their employees for mistakes.

In South Carolina, employers must provide employees with a written notice on this policy when employees are hired or within seven days of beginning a pay docking policy. Employers must also provide an itemized statement of pay deductions.

How Does Pay Docking Cause a Problem?

Docking pay causes a problem for employees as well as for employers. Employers generally believe that by docking the pay of their employees that they will somehow motivate them into better performance.

The reality is that pay docking does not get to the root of the problem with the employee’s performance. It then creates added financial pressure.

Studies show that while financial incentives aren’t the only reason that good employees remain with their employer, they do help motivate employees to stay. Taking away part of an employee’s pay for what may be perceived as punitive reasons would not be perceived as a motivational or correctional tool.

Unhappy employees are more likely to leave. Finding, hiring, and training employees, as well as covering for an employee who left, is both time-consuming as well as expensive. According to SHRM.org, the average cost it takes to fill a single open position is just over $4,000.

There is continued fall-out for employers aside from employee turnover and demotivated employees. The potential classification of employees is one example. If exempt employees have their pay docked incorrectly, even if they agree to a written policy, they may be reclassified as non-exempt employees under the Fair Labor Standards Act.

If exempt employees are reclassified as non-exempt employees, they may be entitled to receive overtime pay as well as other protections under federal law.

Employers need to hold a good understanding of employment law in their state as well as the FLSA since both state and federal law apply.

Can an Employer Dock Your Pay Without Notice?

In most states, employers cannot dock your pay pay without notice that it will done. Additionally, the money most usually come from your future pay and not retroactive, meaning that you are required to repay them.

To know for sure whether your employer must provide you with notice before they dock your pay, there are several important pieces of information you need. You need to first know your state’s employment law regarding this matter. This is most easily and accurately done by talking with an employment lawyer who works with employees.

An exempt employee is someone who is paid a salary. There are other concerns when a salaried employee has their pay docked with or without notice.

For salaried employees, there is the need to know by the state employment law whether a notice is required. Then, there is a concern that improper pay docking by an employer can change their employment classification from exempt to nonexempt.

If they are reclassified as nonexempt, they may then be eligible for overtime. However, it may present other issues. It may be beneficial for you to speak with an employment law attorney if you are an exempt employee and you believe that your pay was improperly docked without notice to learn whether you have any potential legal remedies or if you are actually a misclassified employee.

When It’s Legal to Dock the Pay of Salaried Employees

Generally speaking, there are only six specific instances when an employer can legally dock the pay of a salaried employee other than because they are taking FMLA leave.

The first is if the salaried employee will not be at work for at least one full day because of a personal reason. This personal reason may not be considered an illness or an accident.

The second is if a salaried employee is not at work for at least one full day and the employer has benefit plan in place that lists the salary for absences because of personal reasons, sickness, or accidents and the salaried employee does not any paid time off.

The third is if the pay is docked for a good faith reason related to a violation of a major safety rule.  The fourth is to match an amount that the salaried employee received as payment as a jury fee, expert witness fee, deployment pay, or another form of pay that took them away from their duties as an employee. These leaves are temporary but protected by both state and federal law.

The fifth reason is if a salaried employee receives an unpaid suspension for disciplinary reason. However, this suspension must be for at least one full day. The suspension must also be performed in good faith because the employee is suspected of violating workplace regulations worthy of a suspension.

The sixth reason is to dock pay for partial time worked toward the end of employment if the employee quits in the middle of a pay period. In this instance, an employer does not have an obligation to pay a salaried employee for work that they will not perform and hours that they will not fulfill.

What Can I Do If My Employer Docks My Paycheck Illegally?

If you employer docks your paycheck illegally, you have a couple of options. The first is to talk to your employer and let them know that you understand your rights as an employee. You have rights under both state and federal law. Sometimes having a cordial conversation is enough to clear up the matter.

They may also be able to talk to your employer on your behalf to educate them on employer obligations in your state. This is important because you may not be the employee involved.