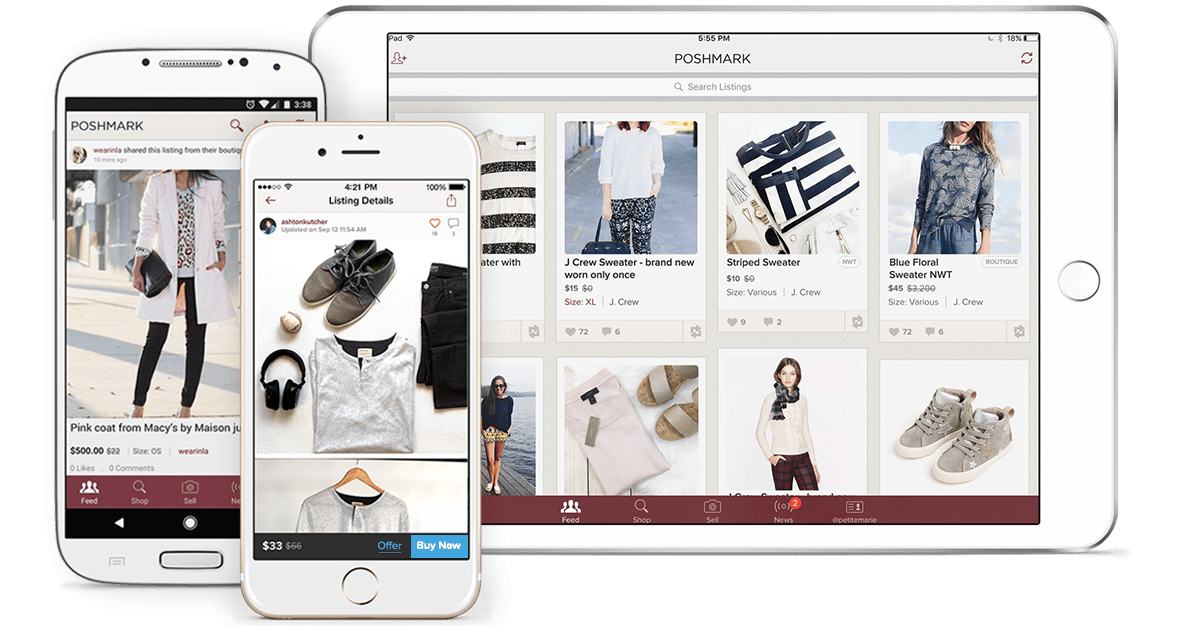 There are lots of different ways to earn money with an online following. But one of the easiest ways to do so is by participating in affiliate marketing programs. These let you earn passive income by promoting a brand’s products.

Poshmark has an affiliate program that you may be interested in. If you’d like to learn whether or not it’s worth your time, keep reading. We’ve put together a review of the program that will tell you everything you need to know about it.

These are two of the most important categories to consider before signing up for an affiliate program. Commission rates matter because they tell you how much you can earn.

Affiliates usually earn a percentage of the total value of a sale. For example, if a sale is $100, you might get 5% of that. You would earn $5 from the purchase.

But affiliates also sometimes get paid a flat-rate fee. For example, a company might say that you get paid $10 if one of your referrals buys something from them.

If you’re thinking about becoming a Poshmark affiliate, keep reading. We’ve put together everything that you need to know about the company’s commission rates and rules below.

Unfortunately, Poshmark isn’t very straightforward about its commission rates. Most companies tell you upfront what you can expect to be paid. But Poshmark doesn’t share this information on its affiliate signup page.

But we were able to figure out what affiliates can make by reviewing the experiences of existing affiliate program members. Essentially, the amount you’ll get paid can vary from campaign to campaign.

For example, one affiliate says that they were offered as much as a 40% commission for one campaign. However, that affiliate also said that the average rate they’re paid is 1-5%.

Apparently, Poshmark also sometimes uses a flat rate for its campaigns. For example, they might offer you $5 on a $100 purchase.

On the negative side, it gives you no consistent income level you can rely on. Poshmark also doesn’t really have a single ad that you can put on your webpage and forget about.

Rather, you need to be constantly updating the ads you display to correspond with the latest campaign. This makes managing your participation in the Poshmark affiliate program a bit more time-consuming than other comparable programs.

From our research, we weren’t able to discover many rules that Poshmark has for its affiliates. Like its pricing, the company is also fairly secretive about its rules.

That being said, we were able to discover one important rule that you need to be aware of. Poshmark affiliates can only participate in one campaign every 14 days. That means you’ll need to choose which campaigns you participate in carefully to make sure you don’t miss the best ones.

Beyond that, Poshmark doesn’t make much information available about its rules. You would need to go through the application process to see exactly what else they require of you.

Poshmark doesn’t appear to offer a ton of support or tools to its affiliates. We know that the program provides influencers with a tracking link. Affiliates can use this to assess the effectiveness of their marketing strategies.

However, it’s unclear what additional tools or support Poshmark offers its affiliates. The company has some useful information online. But it doesn’t explicitly state that it has an affiliate support team or any other types of helpful tools.

How Do You Join?

Thankfully, getting started with Poshmark’s affiliate program is a super easy process. Here’s what you’ll need to do so.

Make Sure You Satisfy The Basic Requirements

Poshmark’s affiliate program is pretty easy to get into. But you do need to satisfy at least one of two basic requirements.

First, you can be a Posh Ambassador. If you are, none of the other requirements matter. You can automatically be approved for the Poshmark affiliate program.

If you’re not a Posh Ambassador, don’t worry. You can still join the affiliate program. You just need to have a social media following of at least 5,000 on one of these sites:

The next step in the process is to connect your social media account to Poshmark. This is done so that the company can verify you have the reach they look for in an affiliate.

It’s super easy to connect your social media account to your Poshmark account. You can do so by visiting this link. Once there, simply click on the “Connect Now” button to get started.

Wait for the Company’s Response

That’s really all you need to do to become a Poshmark affiliate. At this stage of the process, you just need to wait for the company’s response. It shouldn’t take more than a few days to get back to you.

How do I get started with Poshmark’s affiliate program?

Getting started with the Poshmark affiliate program is very easy. You basically just need to connect your social media account to your Poshmark account. You can do that by visiting this link and clicking on the “Connect Now” button.

Who can join Poshmark’s affiliate program?

You need to have a decently-sized social media following to join Poshmark’s affiliate program. The company sets the limit at 5,000 followers. These followers must be on either Instagram, Twitter, or YouTube.

But as long as you satisfy that requirement, you should be accepted into the program. Poshmark doesn’t list any other requirements that its affiliates must satisfy before joining.

How much can I make with Poshmark’s affiliate program?

The amount that you’ll make will vary based on which campaigns you participate in. Some offer commission rates as high as 40%. But the more common rate is between 1 and 5%. You can also participate in flat rate campaigns if you prefer that type of payment.

Another thing that will influence how much you earn is how many conversions you’re able to drive. If you’re very good at this, you’ll be able to make much more on each campaign that you participate in.

It doesn’t appear as though there’s a whole lot that’s included with Poshmark’s affiliate program. The company does give you a custom tracking link. You can use this to determine the effectiveness of your campaigns.

However, beyond that, it’s not clear what else affiliates with Poshmark get. Based on our research, you shouldn’t get your hopes up in this area.

What’s the bottom line? Is Poshmark’s affiliate program worth it?

Poshmark’s affiliates program can absolutely be worth your time and energy. It’s an especially good fit for people with audiences that use Poshmark already.

The affiliate program itself isn’t perfect. It could provide its partners with more tools and support. But you can still make a good amount of money with minimal effort on your end by becoming a Poshmark affiliate.

Poshmark is a brand that grew to prominence as a place to buy and sell clothing. But it’s far from the only company that lets its users do this. There are other brands that you may want to look into partnering with as well.

Here are some related companies that may have affiliate programs worth looking into as an alternative to Poshmark:

If Poshmark isn’t exactly meeting your expectations, then one of these companies might be able to. Either way, they’re worth looking into just to see if what they can offer you is preferable to what Poshmark can.