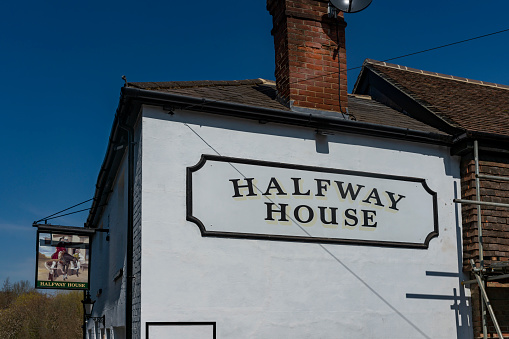 Halfway houses assist people in transitioning back into normal life. A halfway house not only houses people, but they also provide much needed support to its tenants. The idea is for people to eventually get a job and become a productive member of society again, and the halfway house helps them do that.

Probation and parole offices, state corrections departments,and the FOB (Federal Bureau of Prisons) contracts with both nonprofits and for-profit private companies to run halfway houses. This is the primary income for most halfway houses. You can also profit by owning a halfway house by choosing a house in a good location and enforcing strict rules so that your tenants don’t reduce the house’s reale value.

In this article, we will cover how to profit from owning a halfway house. We will also explain some halfway house fundamentals so you can better understand the process.

How To Profit From Owning A Halfway House

Officially speaking, a federally contracted halfway house is called an RRC (Residential Reentry Center). State-licensed halfway houses, on the other hand, are known by one of a variety of names. Some of the most common names for such facilities are Transitional Centers, Re-entry Centers, or Community Recovery Centers.

Halfway houses work directly with the corrections departments to appropriately house individuals that have recently been freed from incarceration. A lot of the time, living in a halfway house is not a choice. It is often, instead, one of several conditions for the inmate’s release.

This should be taken into consideration if you are wanting to profit from owning a halfway house. Remember, you will have to deal with former prisoners who have committed crimes against the public and/or state. Even though these people are in the process of rehabilitation, they can still be quite a rowdy bunch.

Large halfway houses are known as Restitution Centers and Sober Living Homes. These facilities are community based and can, at times, even act as alternatives to traditional incarceration.

Does A Halfway House Have To Be Non-Profit?

A halfway house is not just an excellent way to make your community a better place, but its also a great way to make money. In fact, more people than you may think make their entire living through owning and operating halfway houses. In order to make sure you can profit from owning a halfway house, there are a few things you need to know.

Make Money While Improving Your Community

When you operate a halfway house, you are really making a difference for your local community. By providing a safe, stable home for people that are making an honest attempt at returning to society as productive citizens has wider, far reaching implications that extend beyond personal profit.

Profit From A Halfway House Based On Real Estate Value

In addition to the money the halfway house makes, you also have to consider the fact that you own the house. Property values are known to appreciate very quickly in most areas. So, chances are 10 or 20 years from now, your halfway house’s property will be worth more than it was when you bought it. When the time comes, you could sell it for a profit.

Also, real estate is an asset. So, that means you could leverage your halfway house if you need to take out a loan. Having such assets afford the owners a great deal of financial flexibility.

So, when planning to open your halfway house, make sure to find a property in a good location. If you choose a property that is in a higher end market, you will be able to financially benefit from that later.

Apply For Funding And Grants

Halfway houses are eligible to receive donations and various government grants and funding. With that in mind, you may need no other ways to make a profit by running a halfway house. This makes it so you can focus on making a difference in your community.

Halfway houses can make a lot of money indirectly. Because these places are such critical pillars of the community, there are all sorts of funds and grants that can be allocated to them. For example, if you open a halfway house, you aren’t going to have to worry about marketing or trying to get tenants. All that is done for you. That way you can focus solely on helping your community.

You Can Make Money Through Connections

The connections that you make with the people coming through your halfway house will make a positive impact on your business life. Remember, you will be providing some level of service to these individuals and will be viewed as the landlord.

As the owner of a halfway house, you become a pillar of the community. So, if there are other products or services that you offer, you can use your status within the community to your advantage.

You Can Sell The Business

It’s possible to buy a house, set it up as a halfway house, get everything up and running, and then sell that business for a profit. In fact, people do it all the tim4e. The ability to sell the property and the business at any time gives the owner of the halfway house flexibility.

So, you can profit from owning a halfway house if you first do all the work to bring the halfway house to profitability. Once the halfway house is making money, you will be able to look at your profit reports and project how much money it will make over the course of a certain period of time. Then, you can use that information to choose an appropriate price for the halfway house business that you plan on selling.

There is nothing in the law that prevents people from forming a company, buying a house, registering it as a halfway house, and then selling that house and the company as one package for a price far higher than the original investment.

Halfway houses help people who have made some mistakes in life. A halfway house provides a way for these people to make a clean transition back to normal life. This is why they call them halfway houses, after all. Its because when you live there, you are half way back to being a normal member of society.

Most of the income for a halfway house comes from probation and parole offices, state corrections departments, and the Federal Bureau of Prisons. Another way to look at a halfway house is as a real estate investment. Just find a good location to buy a house and make sure your tenants aren’t reducing your property value and you will be good to go.

We hope this article helped you learn the ins and outs of how to profit from owning a halfway house. Thanks for reading!